Superstitious rituals on the soccer pitch: Believe it or not

SUPERSTITIOUS RITUALS ON THE SOCCER PITCH: BELIEVE IT OR NOT

Friday 13th, no umbrellas inside, and broken mirrors are some of the most popular superstitious beliefs we have heard about. We don’t want any of those events to happen because we fear that if they occur they will bring back luck.

Superstition and rituals play a significant role in soccer. Players, trainers, and fans tend to be superstitious people who are ready to do the weirdest rituals before or during a match.

Logically speaking we would say that good performance depends on training, hard work, confidence, good physical condition, and best-in-class gear. But, commonly, athletes and trainers try to have control over external situations through superstition rituals. They would -or wouldn’t- do certain things to maintain their run of luck. When something appears to work or be successful, they tend not to change that routine at all. On the contrary, they avoid doing certain other things to prevent negative situations. That’s how it seems to work.

Players work hard to improve their physical condition, are careful with their diets, and select the best gear they can wear to achieve their best performance on the field. On the other hand, trainers develop the best training sessions they can plan and motivate players while encouraging them to have self-confidence. Notwithstanding that, players and trainers want to have total control over their superstitious rituals before and during competition. They feel that if they pay attention to rituals they will experience fewer risks. Although some of those rituals have a kind of "placebo effect" with them they feel more confident to perform better.

There are many well-known rituals among players before a match like being the last player going out of the tunnel, kicking the ball a certain number of times, entering the field with the right foot first, or even wearing a specific color of underwear.

Former Argentine goalkeeper Sergio Goycochea confessed that he couldn't leave the field to “pee” during the 1990 World Cup quarter-final match, so he did it on the pitch before the penalty shoot-out. Argentina won that match, so he continued doing that on the pitch every time he faced a penalty shoot-out.  Cristiano Ronaldo is always the first player to leave the plane while traveling to a game.
During a low point in Pele’s career, the forward attributed it to a jersey that he had given a fan after a match. The Brazilian legend got on a mission to track the jersey down. As luck would have it, a friend of him, managed to track down the shirt and returned it, whose goalscoring form returned soon after.  Those are some examples of superstitious rituals in soccer. You might believe in rituals and maybe they are part of your training and matches.

The power of superstition is in the mind of those who believe in it. However, performing at the maximum level requires your physical and mental full potential, having a good recovery, eating well, having self-confidence, and wearing top-notch gear. Our highly-evolved grip socks provide the necessary comfort, stability, and protection you need to perform better.

With Gravity grip socks you will experience how powerful your play can be having your feet locked within your footwear. 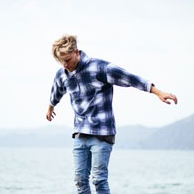